Fashion and Photography in the 90s

The MMK is casting a glance at the decade of fashion photography: the 90s. The 1990s were a decade of individualism and self-defined style. In fashion and photography the focus was on finding personal forms and visual idioms to express that new feeling for life. For the very first time, a museum of contemporary art will be showing on a wide scale and in the context of art history just how radical and innovative the avant-garde thrust of the 1990s designers, artists and photographers was.

MMK Museum für Moderne Kunst in Frankfurt/Main is showing how fashion changes our view of the world. In the 1990s, the fashion scene fundamentally reinvented specifically the medium of photography. That decade gave rise to a new generation for whom personal identity, individualism and a self-defined style were of crucial importance. Back then, the joie de vivre of the generation of 20-30 year-old creative minds thrived on music, subculture, intimacy and fashion. A new notion of corporeality was being celebrated in the major capitals of the world, such as London, New York, Tokyo, Berlin and Paris. The protagonists of this era sought to distinguish themselves from the established art and fashion scenes, and develop an alternative, lived counter-culture. They felt that the overly artificial images of prêt-à-porter, haute couture and glossy fashion magazines needed to be overcome and replaced with “real life” pictures instead Youth-Culture. They thus collectively dismissed the notion of the beautiful, and tried to elide gender differences and other social conventions.

The exhibition at MMK demonstrates just how radical and innovative this new generation was and highlights the strong impact it has had on the visual arts to this very day. The complex show will present some 200 works of photography, original documents along with an extensive program of live events, illustrating the cross-fertilization and mutual influence of fashion design, photography and art. This is expressed first and foremost in magazines such as i-D Magazine, The Face, Six, Visionaire, and Purple. Ten photographers, all of whom are trailblazers of that decade, will showcase selected works and series in the rooms of MMK, with artists such Wolfgang Tillmans, Mark Borthwick, Corinne Day, and Anders Edström, choosing specific works from that era and presenting them in a new, contemporary context.

This special show is intended as a counterpoint to the simultaneous presentation of “Contemporary Photography from the MMK Collection”, and thus enables visitors to view fashion in the over-arching context of contemporary photography. It becomes clear here just how strongly the photographers in the “Not in Fashion” show were influenced by artists such as Larry Clark, Nobuyoshi Araki, Jock Sturges, Beat Streuli or Thomas Ruff – all of whom constitute key positions in the MMK Collection. In order to highlight the momentary fleeting character of fashion, the MMK is organizing a highly diverse program of events to accompany the special exhibition.

Parallel to the exhibition, MMK will host a wide-ranging program of events intended to capture the fleeting character of fashion. Designers Walter von Beirendonck, Susan Cianciolo and Kostas Murkudis, for example, will stage performances and fashion shows, Italian artist Vanessa Beecroft will design a retro version of one of her famous “VB” performances specially for the exhibition. Helmut Lang and Jürgen Teller continue their long-standing relationship by selecting a series of photographs together that Teller took backstage at Lang's shows throughout the nineties. The collaboration is underlined by Lang's "Front Row" piece and original documentation of his presentation venues. Moreover, the Franco-German fashion duo BLESS will be creating a project with a novel newspaper format, while “Bernadette Corporation”, one of the artist groups active at the time, will give a talk on the formation of their New York collective.

The special exhibition is being generously supported by two important institutions, which just goes to emphasize how important the project is. The exhibition has been possible by Kulturfonds Frankfurt-Rhein-Main, whose goal is to strengthen Frankfurt-Rhine-Main’s role within a Europe made up of regions and thus sponsors major projects to increase the region’s visibility. As a City of Frankfurt institution we are likewise crucially interested in culturally strengthening the region. Moreover, we are very gratified that Kulturstiftung des Bundes is providing generous financial assistance and the exhibition is thus also being sponsored at the Federal level.

The comprehensive historical documentation of the 1990s fashion scene, and it gives a striking impression of creative practices of the day, forms a pivotal element of the exhibition. Reproductions of influential photo stories and innovative ad campaigns by the likes of Helmut Lang, Jürgen Teller or Yohji Yamamoto will be on show as will a large selection of original fashion magazines. Graphic designers M/M (Paris), who since the beginning of the 1990s have done pioneering work in fashion, advertising and magazine design, will compile this documentary overview for the exhibition.

Exhibition catalogue
The exhibition will be accompanied by a comprehensive catalog, published by Kerber Verlag. The catalogue contains countless images by the photographers and designers alongside ad campaigns from the 1990s, as well as key picture series and essays from magazines from that decade. The catalogue features an essay articles by among others Michael Bracewell, Jason Evans, Antje Krause-Wahl, Jule Hillgärtner, and by exhibition curator Sophie von Olfers, as well as interviews with Helmut Lang and artist Sarah Morris.

The MMK in cooperation for the exhibition "Not in Fashion. Fashion and Photography of the 90s" with the Frankfurt shops: 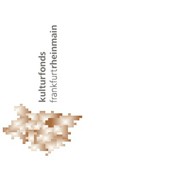 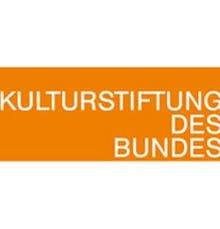