The Fact of Matter

The exhibition “The Fact of Matter” marks the beginning of a new chapter in the choreographic oeuvre of William Forsythe (b. New York City, 1949) and takes a programmatic look at the threshold between the visual arts and choreography. Over the past decades, the internationally renowned artist has created an unequalled dance cosmos: Forsythe has developed ground-breaking ballet choreographies, experimental dance pieces, digital dance scores and space-specif‑ic installations that unexpectedly turn the viewers into protagonists themselves. He is considered an innovator within
the practice of ballet and has in‑fluenced generations of dancers to a degree matched by virtually no other artist in the ‑field.

The oeuvre of William Forsythe has been associated with the city of Frankfurt am Main for thirty years. It was here that he founded the Ballett ­Frankfurt in 1984 and The Forsythe Company in 2004. He has received numerous internationally well-known awards and in 2010 was honoured with the Golden Lion for Lifetime Achievement at the Venice Biennale.

The exhibition features large scale installations, including several site-specific works developed especially for this occasion. A typical characteristic of these works is the organization of movement. The visitors can move freely through their performative exhibition and thus become part of
a choreographic arrangement. William Forsythe’s choreographic objects grant them access to novel situations, where they themselves become players through interaction with the installations. The artist’s instructions for action are posted next to the work labels.

In this exhibition, Forsythe’s performative and space-related Choreographic Objects enter into dialogue with the museum architecture by Hans Hollein, but also masterpieces from the MMK collection. The latter were selected in close collaboration with William Forsythe according to content-related correspondences as well as formal analogies. Line, movement, sound, compositional structures and aspects of performance in space play a key role in all of these works. 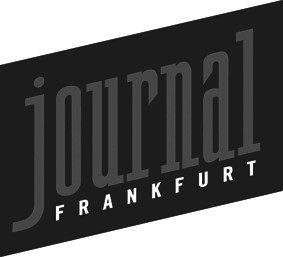